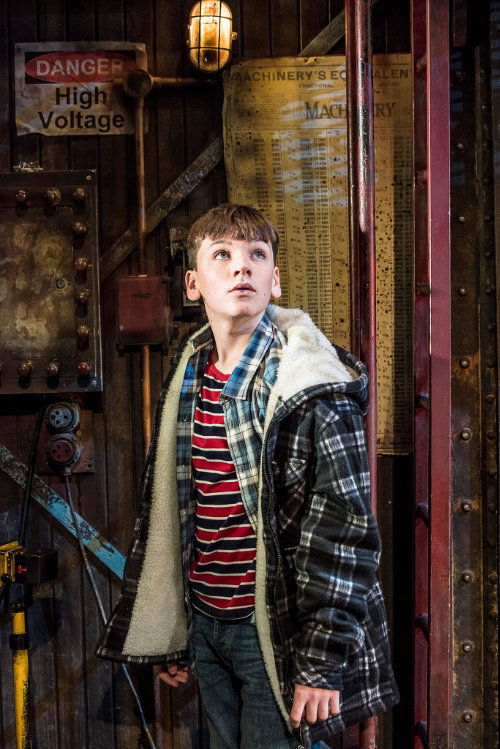 Simon Beaufoy, playwright and screenwriter, was concerned that his work would be dated - after all, it’s set thirty years ago. But, he says, he discovered that “it’s a play about people who’ve lost their hope, their sense of place in the world and their self-respect – and those are things that unemployment does to you whether it’s 2019 or 1988.”

However, there’s no self-pity in the Full Monty; only great British wit, and a poignant take on relationships including homosexuality, deep-rooted insecurities, secrets and lies, separation, and child custody. Beaufoy says he simply observed how people in the North got through difficult times, and his answer is laughter. Nothing is laboured. The script is a delight and is performed with alacrity.

The original version won a BAFTA (incidentally, Beaufoy has also adapted Suzanne Collins’ dystopian novel The Hunger Games) - but if you know the film, expect some surprises. The set of a theatre does not have the scope of a motion picture, yet Beaufoy uses humour and creativity to create new scenarios. I recognise the film in the play: in the plot, in the jokes and even in the casting and appearance of many of the characters. But there is a freshness as well, using the intimacy of theatre to do something new.

Several of the actors have appeared in Casualty, Holby City and Hollyoaks - including Gary Lucy, who won Best Newcomer Award at the British Soap Awards. Joe Gill, I think, showed real talent. He has done a lot of Shakespearean acting, but is best known for his role as Finn Barton in Emmerdale.

A cast of TV names and a sizzling script written by the original screenwriter make the Full Monty a very pleasant evening out. It’s the humour and stoicism in the face of hardship which I think sets great British films apart, and above Hollywood glamour. Of all the plays I have seen at the Theatre Royal in Brighton, it reminded me most of The Pitman Painters most - and I enjoyed it almost as much. If you liked Common as Muck, you’ll love this.

This review of a show in Brighton was published on Tuesday 22 January.