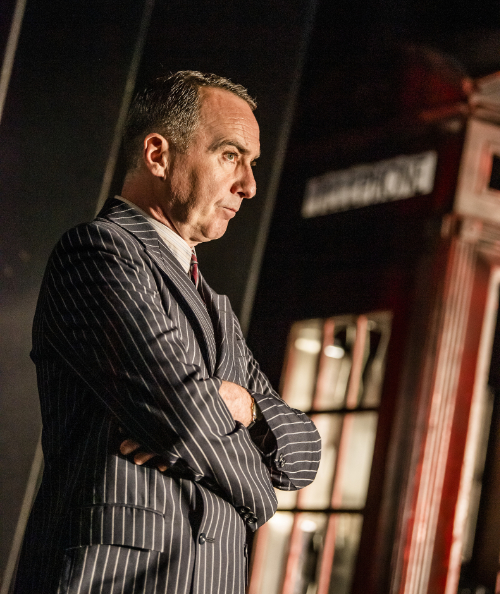 A dinner party at the Birling family home is rudely interrupted when an Inspector knocks on the door, in J B Priestley’s classic thriller. Set in the north of England in April 1912, the play is about class, the divide between rich and poor, and man’s careless inhumanity to man. It’s a compelling production that has won a whole series of awards, and is the longest-running revival of a play in history - seen by over five million theatregoers worldwide.

Inspector Goole comes to interrogate the household about a chain of events that led to the death of a young woman, ‘Eva Smith.’ He asks each family member in turn to examine themselves. As the plot unfolds another tension appears between young and old, exposing the hypocrisy of decision-makers accustomed to being in control and not thinking through the consequences of their actions.

Eva Smith stands for a generation of young women without privileges who are living on the breadline, unable to fight for their rights or improve their prospects. She is far removed from the cosseted life of the Burling family, and they respond to her plight with varying degrees of compassion.

Sheila Birling, acted by Chloe Orrock, best expresses the conscience of her family when confronted with their guilt. This truth is masterfully exposed by Liam Brennan as Inspector Goole; he’s a plain-speaking Scotsman whose CV is full of Scottish TV appearances, including Shetland, High Road and Taggart.

Christine Kavanagh is in her element as the older Mrs Birling, but for me, it’s Brennan’s performance that makes the production gripping.  There’s a sense that only the Inspector is familiar with the struggles and suffering of Eva Smith. He may pass through the dining rooms of the wealthy, but he is firmly rooted in a darker reality where on-one can hide. While his identity is elusive, his moral fibre is ever more apparent with every passing moment.

Direction by Stephen Daldry is excellent throughout, in a play that started life at the National Theatre in London in 1992. The set is very interesting too, providing a marked visual contrast between the wealthy and those who live in the shadows.

If you have not seen An Inspector Calls before, I can’t recommend it highly enough. It invites you to develop a moral compass as you navigate life before it’s too late. Choose humanity, it says - and don’t abuse your power.

This review of a show in Brighton was published on Thursday 27 February.