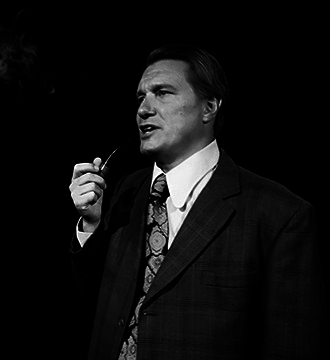 Bill Grundy sits swinging in a swivel chair, swigging from a hip flask and reflecting on the wreckage of his life. If you've heard of Grundy at all, it'll be because of the Sex Pistols: he's the hapless besuited interviewer who inexplicably goaded them into a flurry of obscenities, live on 1970's teatime TV. The episode cost him his job and his career, and we see him now – deliciously, hilariously – reduced to presenting a show called Close Up On Castles, a lunchtime filler which is clearly just as pointless as it sounds. 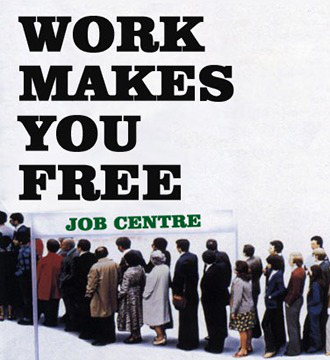 You shouldn't judge a book by its cover – and you shouldn't judge a play by its title, either. Yes, Work Makes You Free was inscribed above the gates of Nazi concentration camps; and yes, this play's set partly in a modern-day Jobcentre. But no, playwright Michael Ross isn't drawing an offensive parallel, and no, it's not a crass attempt at humour either. 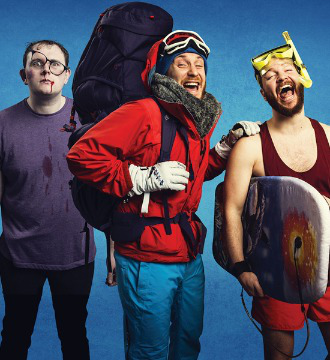 A rock-star welcome greets Sleeping Trees as they bound energetically onto the stage. The three-man troupe is a long-term fixture of the Edinburgh Fringe, and it's plain they have a loyal following in the room – but they have some startling news for the faithful. They're experimenting this year with "sketch theatre"… which is like a regular sketch show, except that it isn't funny. Don't worry though: they can't keep a straight face, and soon we're settled in for an hour of tight, high-tempo comedy. 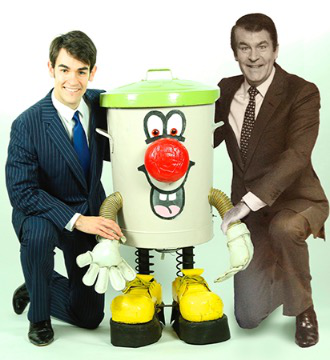 Danny Rogers is a likeable, talented, and highly versatile performer… but there's a moment in this touching solo show when he's upstaged by a dustbin. Not just any bin, mind you, but Dusty Bin – the motorized robot mascot of 1980's quiz show 3-2-1. If you're a certain age, the nostalgia of seeing Dusty trundle onto the stage may be the hook that draws you in; but it's the candour of Danny's bittersweet life story which you'll remember at the end. 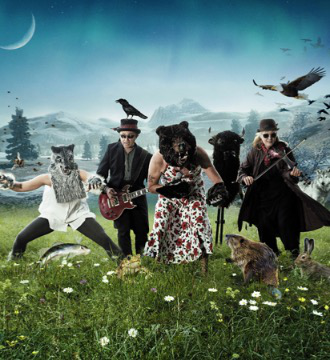 A show with a dancing bear might sound barbaric… but relax, this particular bear wants to dance. There it stands at the side of the stage, the broadest of smiles on its big brown head, elegantly shimmying its big brown paws in time to Cajun folk songs. The songs are provided by a trio of musicians, who come from Brighton but tell us they're somehow in Canada, and a travelling poet has also tagged along. Oh – and did I mention that the bear is wearing a cheerful summery dress? 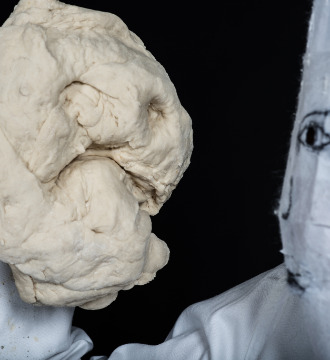 When a sturdy jug of water and a delicate bag of flour love each other very much, what will emerge from their union? A baby made of bread-dough, obviously. It sounds a ludicrous premise for a show, but puppeteer Helen Ainsworth turns the jocular set-up into a telling parable for our times – tackling a series of important contemporary issues, with plenty of physical humour yet with emotional sensitivity, too.