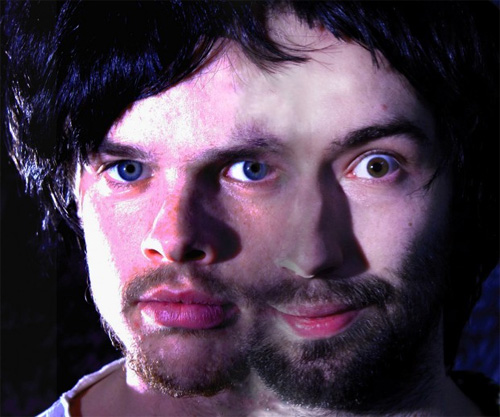 It’s hard to explain what makes Fake Hip Gnosis so entertaining; partly because its slow-burn humour relies on the mood and the moment, but mainly because explaining anything about the funniest bits would automatically spoil them.  Ostensibly a masterclass from an international theatre company – the type of people who perform blatant knob gags, and call them high art – the show soon descends into a farcical parody of self-help hypnosis, with an increasingly colourful cast of characters progressively roped in.

The script is clear and easy to follow, but hard to get the measure of; this is a show which wrong-foots you at each and every turn.  It’s not a spoiler to say that there’s a plant in the audience – look around you as you go in, and you’ll see what I mean – and one of the most memorable early sequences involves her simply sitting there, doing absolutely nothing at all.  One scene is performed behind closed curtains, a human gets used as a puppet, and a giant fly is cast in a pivotal role.  With so much self-aware wackiness crammed into the hour, it’s a remarkable achievement that the show still manages to hit a consistent and coherent tone.

On the day I attended, a couple of the longer-form gags didn’t feel like they’d delivered quite their full value, and the extensive use of lip-synching in the middle section was a bit hit-and-miss for me.  But the central characters – the three oh-so-cool artistic creatives – are beautifully observed, and the unheralded emergence of additional figures keeps the story fresh and surprising.

And that, I think, is all I can safely say.  Shows like this will always be risky, both for their creators and their audiences; with so much of the comedy reliant on extended dead-pan monologues, it’s possible that the humour will entirely pass you by.  For me, though, and most of those surrounding me, this was a surreally enjoyable event – where elements that were utterly recognisable were punctuated by gloriously off-the-wall asides.  It’s creative, distinctive, and well worth taking a chance on.