James Bennison, stand up comic, has ambitions to become a superhero. He's not making any overly ambitious claims, but he's done the legwork over the last year – and he's putting forward the results of his research in this highly entertaining, utterly engaging show.

Approaching his quest for superhero-dom with a scientific methodology, Bennison kicks off by examining various origin myths, and then embarks upon his adventures to apply these principles in a practical and delightfully sweet sense. In the hope of acquiring super-powers, Bennison and his friends (or potential sidekicks) visit a nuclear power station, a hot-spot for alien sightings, and a psychic school – all lovingly illustrated or photographed in an accompanying slideshow. These trips really did happen, and it's the juxtaposition between reality and our star's wide-eyed hope against adversity that brings a true magic to the show.

Bennison is clearly a fan of the superhero genre, but he's no elitist snob about it. Whether it's DC Comics, Marvel, film or TV franchises, it's clear his enjoyment and affection is infectious and true – and that’s what makes his ridiculous escapades all the more funny and believable. We too are invited into this enchanting world of rich colours and storyboards; throughout the show, a competition is set up between two members of the audience to become our star's actual sidekick. Of course it's real!

The show is carefully crafted, from the PowerPoint graphic-novel images to the suitably uplifting orchestral soundtrack.  And let’s not forget the star of the show: Bennison's costume. From the moment he dons his specs and strips to his hidden superhero suit – in a suitably rushed, yet rooted-in-reality fashion – two worlds collide, and it feels like anything can happen.

You don't have to be a fan of superheroes to enjoy this show, but it does add an extra layer of glee to the experience, as Bennison throws off casual cultural references with an evident delight. Ultimately, our hero shows he possesses good humour, good planning and good stagecraft, along with a marvellous sense of adventure. And isn’t that super enough for anyone?

This review of a show at the Brighton Fringe 2015 was published on Tuesday 19 May. 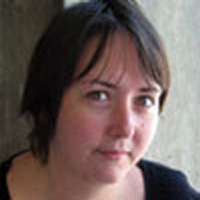