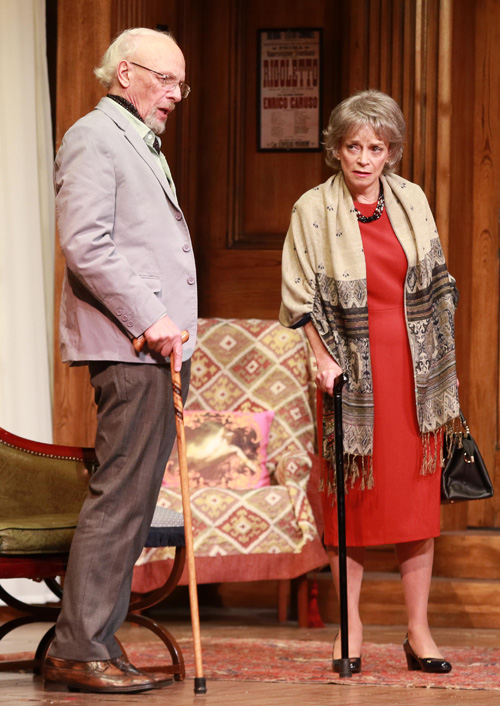 I enjoyed the banter in the script – often supplied by Paul Nicholas as Wilfred Bond, an oversexed pensioner. Reginald Paget (Jeff Rawle), the rather intense ex-husband of Jean Horton, is angry at the outset that he is not warned of her arrival. However, for me Wendi Peters stole most of the laughs as Cecily Robson; it’s the physicality of her performance, as well as the dialogue, that make her so entertaining. Peters may be familiar to many for playing Cilla Battersby-Brown in Coronation Street.

The ending is ingenious, and the audience on the day I attended were clearly delighted. While the play’s appeal is slightly limited by its subject matter, it achieves its objectives. The show provides an insight into the indignities of old age but there is no opportunity to wallow, and the community of friends look out for one another in an understated and characteristically English manner.

The characters' perception of the authorities who run the home provides an interesting aside, and again comedy prevails, although there is a dangerous edge particularly for Cecily.

Writer Ronald Harwood could have added more depth to his plot, but the humour throughout his script successfully celebrates old age without romanticising it. So don’t hesitate to pop along and see Quartet; it will uplift you, and there are pearls of wisdom to enjoy hidden in the banter. The lesson for me is to celebrate life at every stage, and it’s not over until it’s over.

This review of a show in Brighton was published on Thursday 29 March.