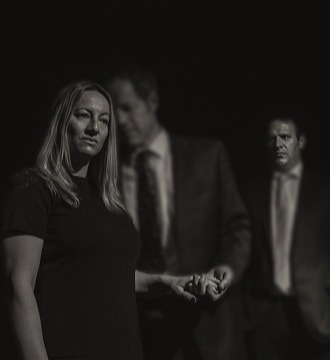 “There’s not much more to be said on that subject - betrayal,” says one character to another halfway through this play. It’s a cocky joke from playwright Harold Pinter, who says plenty on the subject throughout his tense and engrossing script. But it’s true that this particular form of betrayal - an extra-marital affair - isn’t the freshest of plot devices. So Pinter adds a twist, which must have seemed groundbreaking on the play's debut 40 years ago: telling the story backwards.

Review by Richard Stamp published on Friday 17 May | Read more

You can’t put Bright Raven in a pigeonhole. On the one hand, it’s an evident pastiche - a parody of self-absorbed performance art, and its practitioners’ conviction that their inscrutable work will somehow change humanity. But on the other hand, it’s a genuinely thoughtful metaphor for our species' potential fate, and it takes you on a rewarding personal journey too. Let me try to explain. 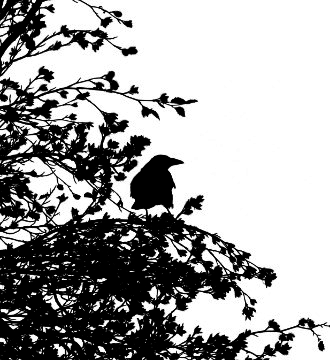 Don’t be late to Preston Old Church: you’ll find the doors sealed against you, the actors and the audience closeted within. There, among the fading frescos of a beautiful but damaged building, a cast of just five people tells the tale of Macbeth. It’s a fitting metaphor for the fate of Shakespare’s most notorious tyrant - trapped in a decaying, shrinking world, surrounded by enemies and demons of his own making. 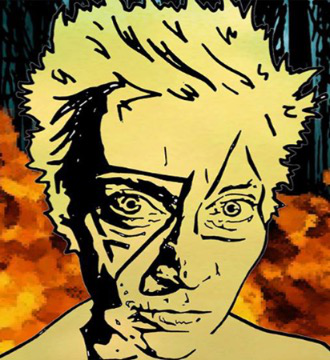 The scrappy urban garden at the back of Sweet forms the perfect backdrop to this immersive outdoor show. To us it looks untamed, perhaps a little squalid; but our opinion of it doesn’t matter, because this is Caliban’s home. Until, that is, Prospero came, and in freeing the garden’s creatures from one form of servitude merely condemned them to another. Now, twelve years after the events of Shakespeare’s The Tempest, it’s Caliban’s turn to tell the story. 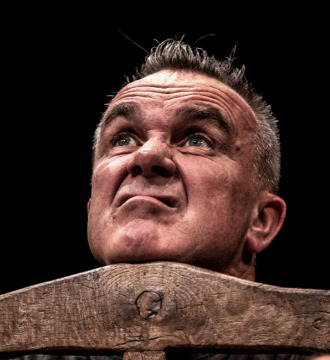 This isn’t at all the show I was expecting, as I took my seat in the Warren. The blurb says it’s a one-man King Lear, told from the perspective of the Fool; and on a purely factual level, that statement is perfectly true. But it’s not so much a performance of Lear as it is a study guide; it’s a plot summary, illustrated by selected scenes, with often-ironic commentary thrown in. And performer Paul Morel delivers the whole thing with easy-going craic, as though it’s a tall tale he’s telling one night down the pub. 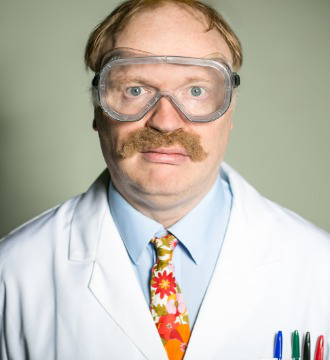 Do you know the periodic table? Or at least what the periodic table is? Distinguished chemist Dr Peter Rook knows it off by heart - and it’s his life’s work to explore its mysteries. This funny, quietly touching show - staged as a mock lecture, but in truth an accomplished piece of theatre - sees the likeable middle-aged scientist explore a chemical conundrum, and the even-greater riddle of how to find happiness. Pay attention at the start. There will be a test later on.

Review by Richard Stamp published on Saturday 11 May | Read more 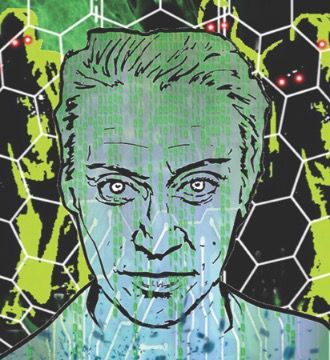 If you had to define what it means to be human, where would you turn for examples? To the Complete Works of Shakespeare, maybe. And in the far-future world of Quintessence, those plays are all that remains; humankind is extinct, wiped out by an environmental catastrophe of its own making, survived only by androids created in civilisation’s dying days. The robots’ mission is to reboot the human race, and their prime directive is to ensure at all costs that the newly-restored species thrives. Needless to say, this doesn’t go entirely to plan.

Review by Richard Stamp published on Friday 10 May | Read more

Death of a Hunter 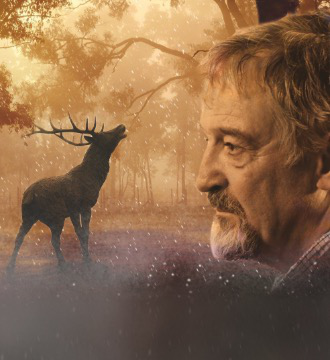 The hunter of the title is Ernest Hemingway, the American author who’s celebrated for his larger-than-life exploits as much as he is for his novels. As a journalist, he was famously in the thick of the Spanish Civil War, while as an 18-year-old he was injured on the front line of World War I. He lived in Paris, in Florida, and controversially in Cuba; he was fascinated by bullfighting, and by hunting and fishing too. But now we find Hemingway at home, surrounded by props calling out the elements of his public persona. There’s a tiger’s head, a typewriter… and a gun. 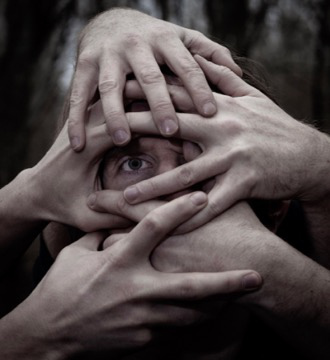 A young woman with a wicker basket picks flowers in the woods; a horned figure, half man and half beast, creeps up behind her. It sounds like a scene from a fairytale - and in a sense, that’s exactly what it is. We soon learn we’re in a sleepy village on the side of a mountain in Germany; the monster’s just a man in a mask, and the flowers are props for a festival of folklore. But the man’s spent the last four years away from home… and the conversation that follows this reunion is an uneasy one.