Mary and her co-performer (an unnamed heretic, bound and facing death by torture) proceed to regale us with their opposing viewpoints in relation to the political, social and religious situation of their time. Other recent eras are not ignored, with Mary quoting St Francis’ Prayer in an imitation of Margaret Thatcher - suggesting that Britain’s path has been fixed and unchanging for some time.

Some of the analogies are clever and amusing, but the lack of interaction between the two characters means the piece is lacking in drama. They simply take turns to state their point of view, which is unwavering and quite narrow. The play only really has one point to make, and makes it repeatedly with little variation over the course of 45 minutes. Admittedly, it’s a good point: the rich grow richer, the poor grow poorer, and those in power do not care for the people beyond their efforts to remain in power. In every age, people look back to a golden time when everything was better, and strive to return to its mythical bliss.

Using the violence and unrest of Mary’s reign as a parallel to Brexit is a bit of stretch, however, and it just didn’t work for me. There isn’t enough breadth or humour in the performances to sustain interest over the whole running time, especially when the actors seem a little lacking in confidence with their lines. An actual exchange of views between the characters might have been more dramatic and more sustainable than the endless speechifying.

The realm may be diseased, and it’s good to criticise and challenge the status quo. But, no matter the difficulties we may currently be facing, we have come at least some way from heretics being burned at the stake and heads on pikes over London Bridge. 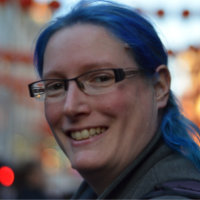