As a showcase for talent from East 15 Acting School, Mr Candela has much to recommend it. The six young actors of Rooted Moon company throw themselves into their performance with aplomb, showing off their talent for storytelling as well as an ability to ‘work individually and as part of a team’.  But regrettably the story itself is weak, and only shown up in the face of the performers’ enthusiasm.

In short, an inventor causes a stir in his small hometown when a fire takes hold in his home, with tragic consequences. Overnight Mr Candela’s reputation takes a dive; now he is the victim of villagers’ malicious gossip, condemning him to the life of a recluse. Eventually, moved to take in a young woman seeking safety from the dangers of the forest at night, he finds redemption.

Production values are high. The stage is sparsely furnished, yet effective. It’s appropriate for a story about a candle inventor to be dimly lit, and the strips of fabric hanging down round three sides of the stage create an intimate backdrop for the telling of a tale – cleverly also serving to create entrances and exits for the cast as their characters come in and out of focus during the telling.

Their costumes are fitting for a timeless tale, with caps and breeches evoking times past, while avoiding defining any particular period. Mrs Candela was created from a headless stuffed doll on two poles; that’s inventive but perhaps not necessary, since on this small stage six people were already more than enough.

But what’s less clear is what they wanted to engender in their audience, and whether this formed part of their conscious deliberation while creating the piece. After all, we are not just loyal friends applauding them for their acting acumen; we are looking either for entertainment, or for something specific to take away.

The plot is sadly not enough to sustain engagement of an adult audience, or revive those of us who were soggy and cold from an impromptu torrential rainstorm. And as a tale for children the script still requires some work; it’s missing an obvious moral, or any tangible message – generally a prerequisite for a script of this type to fully succeed.

I always want to encourage talent, and there was certainly more than a smidgeon here. I hope, then, that this review offers some feedback to assist the company to develop. Their commitment to their performance and due consideration of their chosen method are not at all in doubt, and this talented bunch certainly has the potential to wow.

This review of a show at the Brighton Fringe 2016 was published on Saturday 11 June. 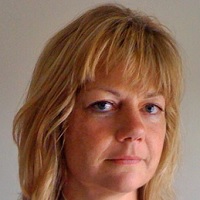