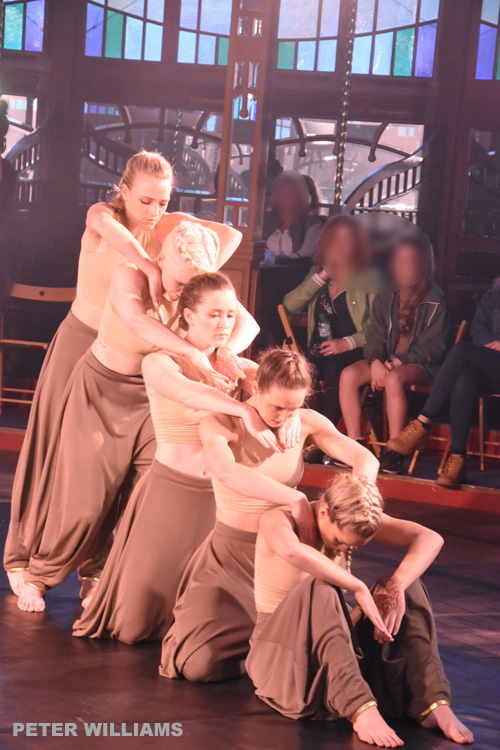 Ceyda Tanc’s choreography combines Turkish folk-dance motifs with contemporary forms – a mix that gives a recognisable traditional shape to many of the pieces, echoing old patterns which then metamorphose into a more modern feel. The male preserve of folk dance in Turkey features stomping martial steps and joined arms, designed to show off a male virility; and seeing these movements adapted for female performers, made more sinuous, is both virtuoso in its execution and fascinating to watch. The gentler women’s dances, with their waving arms, are also seen, so these two traditions are melded into something new.

The music, composed by Alex McCall, is strong, with an almost dub-echo effect from the rounded booming percussion that drives the dance. There are two works – Kina, which draws on the folk tradition more closely, and Ayin, which has a more fluid and flowing look, the dancers often splitting into two groups or making a moving tableau.

Designer Holly Murray has limited her colour palette to beige ochres and browns, matching the circular floor and suggesting a beaten mud arena. Initially the dancers are dressed almost formally, in brown tunics with a sliver edge, but they jettison these in a slow unravelling – also taking off the black boots that allow them to stamp and pound the flow. It’s a carefully constructed look; all the dancers have long hair plaited and neatly bound, focusing attention on the formations and structure of the dance without flamboyance or colour to distract.

Overall the costume, movement and music are tightly intertwined, and the two dance pieces work together well – the first half more martial, the second softer and more explorative of the individual. The dancers, meanwhile, are individually and collectively strong, working seamlessly together with one another.  It’s a great performance. 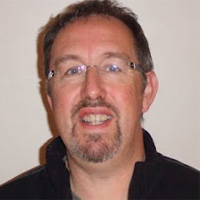