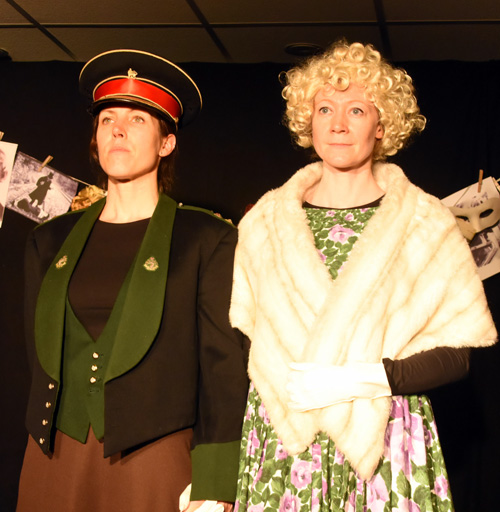 Airswimming is a poignant two-hander about two women confined to St Dymphna’s, a mental asylum for the ‘criminally insane’ in the early 1920s. After a suspicious first few meetings, the women gradually form a bond, as nervous, frail Persephone – who’s always expecting her parents to retrieve her – warms to the generous and steadfast Dora, a military-obsessed wannabe soldier. Together, they brave the harsh reality of having been left by their families in an uncaring mental ‘health’ system.

Then, timelines get blurry, and it’s Grey Gardens meets Waiting for Godot – as Porph and Dorph, as the characters now call each other, stumble their way through 50s pop culture and science. It’s left unclear how far in the future these scenes happen, as time warps both for us and for the characters left in the asylum. But it is clear that decades have passed, with Doris Day becoming a fixture in Porph’s imagination, and the appearance of electrical kitchen appliances.

Each actor is well cast. Tanya Chainey is likeable and charismatic as Dora/Dorph, and Alison Nicol uses her era-appropriate voice to mimic Doris Day’s oeuvre with tragic naïveté. They move fluidly between scenes, showing us the irony of the decline in the characters’ mental health due to institutionalisation itself. The play is demanding – both actors remain onstage for the duration – but they rise well to the needs of the piece. There is room to play the aging and growing mental instability with more nuance, but as they’re working towards the Edinburgh Fringe Festival, further development is to be expected.

Although a useful reminder of how far we’ve evolved socially since the early part of the 20th Century, this play – nearly 20 years old itself – is also a reminder of how much has changed in just the past two decades, in terms of understanding and discussion of mental illness and institutions. There’s a troubling inconsistency to the premise. The reasons given for the characters’ incarceration aren’t necessarily linked to psychological imbalance, but rather are deviations from the cultural norms of the time; yet the script requires a performance of actual mental incapacity from the early stages of imprisonment (particularly in the case of Persephone). So are they actually unstable, or have they just broken rigid social contracts, or both?

The script has other qualities to recommend it though – it’s lyrical and poetic, drawing on myth, history and pop culture, and it remains engaging and intriguing to the last. Airswimming is a good, character-driven piece, and a rare opportunity for two women to portray a varied, long-lasting friendship away from the male gaze.

This review of a show at the Brighton Fringe 2016 was published on Wednesday 18 May. 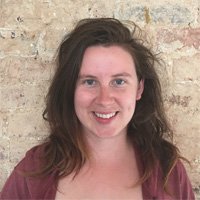