This show takes the concept of a circus and runs with it – or at least flips and juggles and spins in the air with it. It is absolutely as circus-y a circus as you could wish to see. Relentlessly entertaining, each act uses the satisfying structure of showing the audience an impossibly impressive feat, and then taking it to the next level to gasps and applause.

Here’s some complex juggling… now here it is with the jugglers projecting themselves horizontally from poles high in the air. Here’s a high-flipping acrobatic act… now here it is with everyone jumping twice as high. And so on. There are a few attempts at being modern – juggling with footballs, tricks with clubs that light up – but there is very little in this show that you wouldn’t have been able to see 500 years ago. And it is utterly, thoroughly entertaining for it.

Nothing feels dated or hokey. Okay, perhaps the trick where the whip-cracker flips his assistant’s skirt off is a little too much like 1970’s light entertainment, but everything else is glorious. It moves at a dazzling pace, with excellent clown Val Defun filling any gaps with ludicrous antics.

The topic of the show is Gorky Park, but I’d be amazed if anyone figured that out without being told. Yes, the trapeze acts are birds and the jugglers climb lamp posts, but it felt too thin to be considered a theme. The event remained a collection of acts rather than a whole piece and the final act, though spectacular, didn’t feel in any way climactic.

The show does have a slight Russian-ness to it, but again, this felt too thin. The tricks and stunts are breathtaking, but the entire piece could use more thematic elements or national character to make it a distinctive circus show. As it stands it is two hours of non-stop entertainment, and that’s an impossibly impressive feat.  But could they take it up to the next level?

This review of a show at the Brighton Fringe 2014 was published on Monday 26 May. 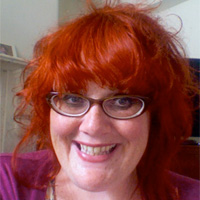