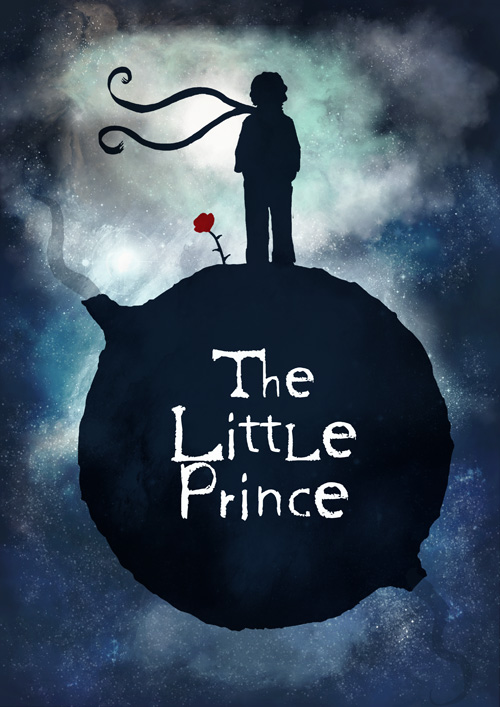 I wondered just how well this famous and well-loved book would translate onto the stage. I was interested to see how the Little Prince's journeys to other planets would be represented, and whether it would do them justice.  Sadly, despite a brave attempt, tackling this beautiful story proved a bit too big a task for this young company.

What I did enjoy was the fact that there were some talented musicians amongst the cast. The cello player (Daawud Zepherin), who remained on stage the entire time, added some class to the production, and the pilot (Sonny Brazil) certainly knew how to get a good tune out of a ukulele. The ensemble songs were quite catchy and could have allowed for some audience participation, for the children there tonight were definitely willing to join in. Some of the jokes went down well too – there were a number of times when the response to “chunky kit-kats” met with raucous approval.

By far the most entertaining scene featured the planet ruled by a two-headed king, who forbade anyone to yawn in his kingdom. Visually it was very pleasing to watch, and the song – including some rap and country – accompanied by Brazil on the ukulele was very funny, clearly appreciated by the audience both young and old.

The set was made up of various-sized boxes adorned in cog-like patterns, and was used creatively to represent the different planets the Little Prince explored. Alongside this, the lighting was strategically used to add to the different atmospheres too.

But the scenes did not really hang together, and at times the play felt a little disjointed and hard to follow. Most importantly I feel, the simplicity of the Little Prince's messages to us adults – his wise and “old before his time” words – were not captured adequately, and got lost in the action.

However, I do appreciate that this is a very hard book to turn into a piece of theatre suitable for a young audience, and the student cast certainly gave it their best shot on their opening night. I will let the Little Prince have the last word. When leaving planet earth he reflects wistfully; “It's so much harder to leave than it is to arrive!” Sadly, and with regret, I'm afraid that was just not true for me this evening.

This review of a show at the Brighton Fringe 2014 was published on Friday 23 May.