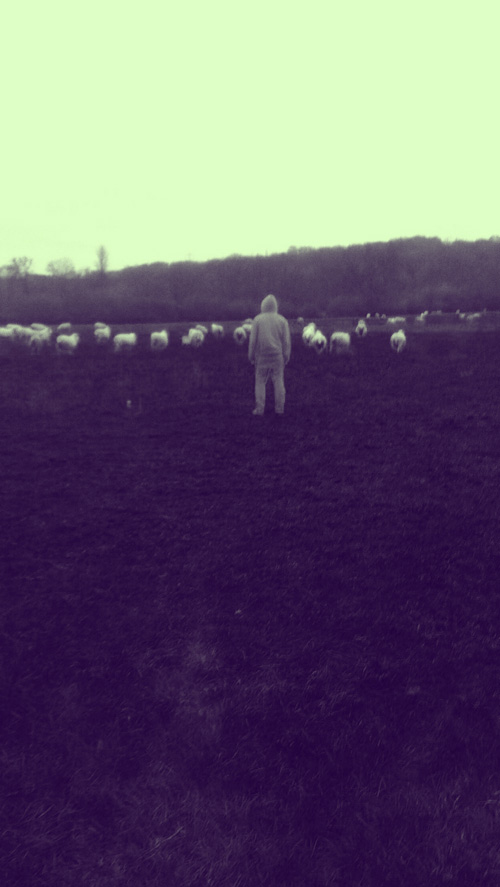 Set in the fens of East Anglia, one-man show The Common Land is – appropriately – a starkly beautiful play.  Few scripts display such sensitivity to their location; the action’s set in a series of small towns and villages, and the fields the children run across each have individual names.  The script’s stuffed full of tiny details, each inconsequential on its own, but together building up an almost filmic image of a specific place and time.  And there are frequent clever repetitions of images and phrases – as though to emphasise the timelessness of the landscape, or the stolid immutability of the locals’ way of life.

But this is no affectionate remembrance.  The teenage Tom hates the place he grew up in; hates its smallness, its small-mindedness, the fact there’s no escape.  The monologue starts with a heart-rending tale of a paradise lost, and continues bleakly through a deeply troubled childhood, evoked with searing candour by the hugely impressive Joel Samuels.  Samuels’ performance is a stand-out of this Fringe; he perfectly captures a complex and conflicted character, through a combination of subtle nervous tics, piercingly vacant eyes and, just occasionally, a sweetly shy smile.

There’s plenty of unexpected humour too, both from Tom’s forthright opinions and his recollections of the scrapes he’s found himself in.  You can’t help rooting for his minor criminal escapades – particularly when a vengeful plan involving a stolen car has the unexpected effect of turning his life around.  But Tom is playing with fire.  It’s a little too obvious where the story’s heading, but the ending wasn’t quite what I expected, and there’s enough doubt about what’s happened to keep you guessing and hoping until the very end.

Some clever lighting adds to the sense of a world closing in; but with some regret, I have to admit the final scenes didn’t grab me by the throat like the very best theatre can.  The delivery, though superb, wasn’t quite matched to the intensity of the storyline, and Tom’s inner narrative loses a little focus.  Just when he seems set on a path to redemption, Tom makes a decision which determines the course of his life – and without a better understanding of what’s running through his mind, the outcome feels more predictable than inevitable.

This is, though, a genuinely exceptional debut for the new Fine Mess Theatre Company, and it’s filled with promise for their future work.  Joel Samuels is an enormously talented actor, seemingly able to draw on the life experience of someone twice his age, and with a little more time in front of an audience could become truly superb.  Watch out too for Fine Mess’s next play, God’s Own Country – which promises to bring a similar local focus to a tale of rural Yorkshire.  That’s coming to Edinburgh in August, and they’ve earned a spot right at the top of my personal list of must-sees.

This review of a show at the Brighton Fringe 2014 was published on Monday 9 June.

Upstairs at Three and Ten