Bite-Size Breakfast mixes short plays with coffee, croissants and strawberries: a fast-paced, fun-sized event where the audience is primed for a good time. Not every short play can hold its own in such an atmosphere, and a couple of the pieces in the programme I saw did run afoul of the presentation.

Violins is a one-man play about a hand’s lost career as a violin virtuoso, resenting the fact that the guy said hand is attached to has gone into pharmacy. Steve Chusack creates the disappointed hand’s confusingly mobster persona (as well as the rest of him), making for a diverting short piece.

Candy Likes Your Status follows two graduates who interact solely through Facebook. The competition starts off on an even footing, but as Candy’s life takes off, Sandy is left behind and the superficial nature of their relationship is exposed. A short play is a tricky thing, because if the script and direction hasn’t prepared the audience for a change of pace, then it’s hard to take a serious turn. Unfortunately this wasn’t well-navigated, so we ended up with a light-hearted sketch about a couple of unnecessarily American girls, where the punchline turned out to be suicide.

I Thought I Liked Girls flips the coming-out story. A woman returns to disappoint her parents with the news that she has left her long-term girlfriend, and is engaged to a born-again Christian man. It’s a sort of sexuality-based version of Monty Python’s ‘Working Class Playwright’ sketch, but without the cross-dressing mother or the phrase ‘poncing off to Barnsley’. This piece was an audience-pleaser, but only really had the one joke.

Big Game starts with a man in a hurry to leave a one-night stand. When she wakes up, it transpires that he has taken photos of her while she was asleep and posted them online – all for a banter-fuelled university mates’ challenge. So far, so sleazy, so the girl pepper-sprays him in the face, leading to a discussion about how women are half the problem because they read magazines that tell them they’re fat. She can see his point: she’s eaten a pizza when sad, and has considered herself too ugly to be raped. Oh, and the guy actually quite likes her and wouldn’t mind having sex with her again.

It’s possible for any subject to be ripe for discussion, but the expectation of laughs in this context meant that the audience was not ready for a play dealing with serious issues. The male character was unquestionably awful, with no hint of redemption, and suffered no comeuppance other than some watery eyes and a knee in the balls. It’s not impossible to portray such events, but in order to avoid glib treatment of the subject matter, the script is going to have to be strong enough – and change gear skilfully enough – to avoid the assumption that it’s supposed to be hilarious. Big Game was not well-crafted enough to manage this admittedly difficult feat, making it a deeply unwise selection.

Luckily, Tragic Hero took a turn back into the wacky comedy the audience expected, when a woman confesses her feelings for another man to her boyfriend. Her new flame turns out to be a 15th-century Scottish poet with an equal love for verse and vengeful killing. This was a silly romp through romantic poetry and sword-fighting, and closed the show in the right mood.

This is a format with great potential, but needs to play to its strengths. The audience was a lively bunch, ready for comedy – and as a breakfast show with food provided, they weren’t out of their minds to expect something light-hearted. Predicting how an audience will respond isn’t easy, but building short plays around serious themes is a gamble if they’re not top-class. It made for a confusing and slightly disturbing programme.

This review of a show at the Brighton Fringe 2014 was published on Wednesday 11 June. 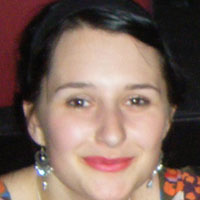