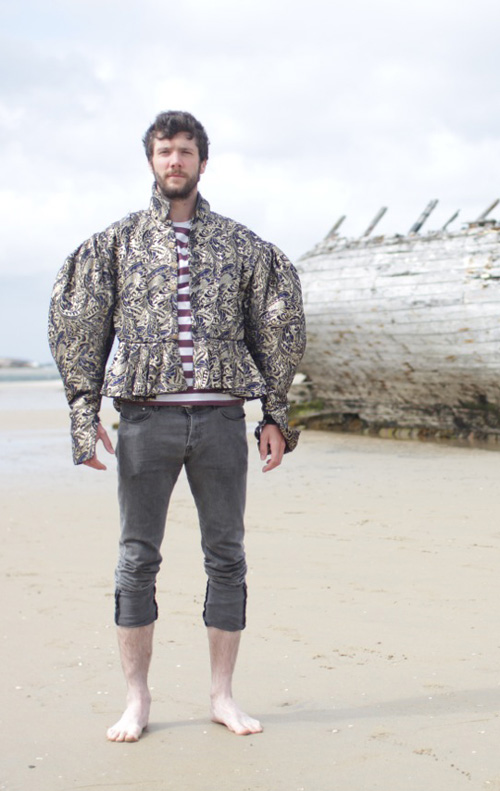 Named for a Celtic ballad I learned at my grandmother's knee, Bonny Boys Are Few is a breathtakingly ambitious play – focussing primarily on the life of a colonial Spanish officer, Juan Pablo, who finds himself beached on Irish shores. It's rough in places, and unquestionably will benefit from further development. But it's a striking Brighton debut for the Glasgow-based Enormous Yes – whose work in Scotland has also recently caught respected critics' eyes.

Enormous Yes have a breadth of vision that's nothing less than remarkable. Formed of two interlocking tales, their narrative stretches from the Spanish conquest of the Americas to the literal end of time, uniting countless generations of a single family into a credible and satisfying story arc. They tackle some big concepts too, most notably the whole idea of collective guilt, where they use the belief systems of a long-dead civilisation to comment on some of the follies of our present day.

Their storytelling style is equally expansive – encompassing an on-stage technician, live folk music, and big-screen projections (although to be honest, I wasn't sure the last of these quite justified their inclusion). With so much happening, you'll need to stay alert to follow along: actors drop out of character to challenge each other's stories, and there are frequent unheralded shifts through space and time.

There's also an emotional maturity to this performance, which you don't often find in actors of this age. The psychological cruelty described by the young Juan Pablo is subtle but heart-rending, explaining in a few well-chosen sentences how an indigenous Incan could so easily come to serve the machine that crushed his people. As Juan Pablo, Michael O'Neill puts in a sensitive and commanding performance, for all that his full-throated delivery occasionally became a little too stereotypically heroic for me.

Exciting though it is, however, Bonny Boys Are Few suffers two big problems – both common ones for a company at this stage of its life.  First of all, it packs in far too many themes; Enormous Yes need to learn to say No to at least a few of their ideas.  And secondly, they’ve vastly overestimated the average person’s ability to follow such a complex and allegorical plot.  I bumped into a friend after the show, and we both admitted that they’d left us behind several times along the way.

So to take this play further, Enormous Yes need to rein back a little – to remember that their distinctive style must always remain subsidiary to their story. As things stand though, this is still an excellent choice for the many Brighton Fringe-goers who like their work intriguing and raw. And we'll hear far more about this Scottish company over the couple of years to come. On that question at least, my vote's an Enormous Yes.

This review of a show at the Brighton Fringe 2014 was published on Sunday 11 May.