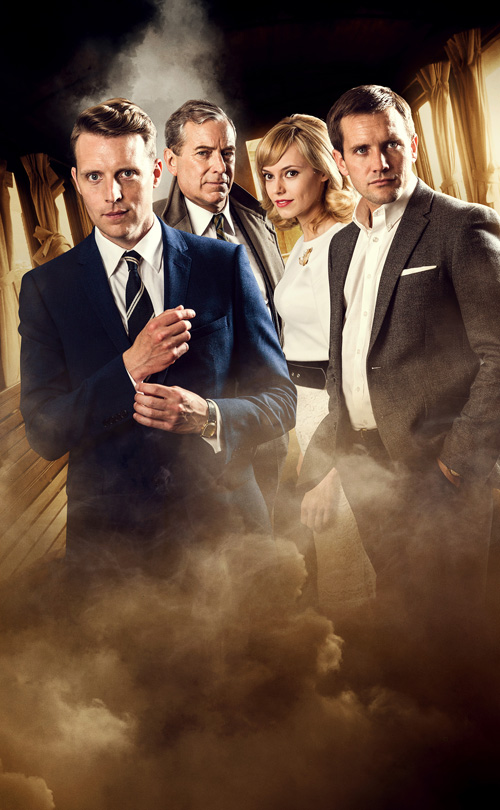 Strangers on a Train is a psychological thriller about good and evil, morality, guilt and redemption. Two men meet in a railway carriage; one is reading Plato, specifically about a charioteer driving two horses. White and black, good and evil, the creatures battle for control of the horseman’s soul.

Author Patricia Highsmith is perhaps best known through film adaptations of her works, including her series of Tom Ripley stories and Carol (which has recently been made into a film about lesbian love). Here, Craig Warner adapts her 1950 debut novel Strangers on a Train for the stage.

In the first half, the play shows a lot of promise, as one man – discontented with his lot – corrupts another. It’s painful to watch Charles Bruno commit a dreadful act, which has an impact not only on his own life but on the eponymous stranger Guy Haines, and his future wife Anne Faulkner.

But with all the action taking place in the first half, the play after the interval lacks dramatic power. The villain, Charles Bruno, loses any credibility as time goes on, and Faulkner – a strong character in the earlier scenes – becomes two-dimensional later in the play. Only Guy Haines remains compelling, and his torment and broken sprit are expertly portrayed by Jack Ashton (of Call the Midwife fame).

Helen Anderson (from EastEnders) offers some realism as Charlie’s mother, and John Middleton is accomplished as ex-policeman Arthur Gerard. In fact it’s well-acted and directed overall, but the script lets this play down: the emotional turmoil and even a drinking scene are overstated, and the characters become increasingly incredible in the second half.

While I enjoyed the play, I wanted more depth of character and less stereotypical behaviour. In later books, Highsmith’s protagonists are more complex, battling inner conflict as well as external events. I can't help feeling one of those later volumes would work better on the stage.

This review of a show in Brighton was published on Friday 12 January.