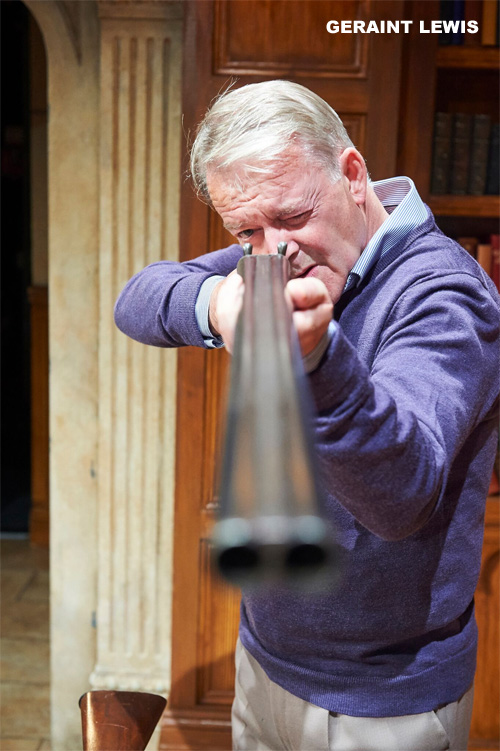 A Judgement in Stone is a classic detective story: the mystery of who killed the Coverdales, based on Ruth Rendell’s 1970s novel. Simon Brett and Antony Lampard's adaptation makes a compelling psychological drama, brought to life here by the Agatha Christie Theatre Company. I think it’s a great new avenue for the company to explore which will broaden both their scope, reach and appeal.

Both play and novel are set in the context of a generation only just beginning to question the class system which was and, to some extent, still is the bedrock of British society. Sophie Ward won my heart and mind as Eunice Parchman, housekeeper to the upper middle-class Coverdale family. I imagine that Parchman, a working-class woman, has had to be self-sufficient from a very young age – and unlike the household she joins, she has no family. She is alone in the world, and uncomfortable in her own skin, a fact the Coverdale family overlook this because they barely see her at all. Ward portrays a character who longs to see what middle-class families were like in real life, but is unable to be herself in their company.

Robert Duncan is George Coverdale, and is joined by Deborah Grant (coincidentally, both have appeared in Casualty) playing the over-the-top Joan Smith. Smith's religious zeal is frankly bizarre; she clearly has too much to prove. The casting of these two is particularly clever, but all of the Coverdales are played as rounded individuals, kind, self-absorbed, secure.

You sense Rendell and the playwrights forensically examining the working-class characters: Eva Baalham, who is very direct; Rodger Meadows, a gardener with a murky past; and the unlikely friends who meet at church, Smith and Parchman. And the police just do their job.

This is recognisably a period piece, and at times I wished they'd done more to highlight its relevance to a contemporary audience. Some of the characters are more interesting than others. But as the police search for an alibi, events unfold in a startling, deeply disturbing and inexorable manner.; the play is disturbing because it could be true. Fate deals each of us a hand of cards – but not everyone knows how to play them, and life is kinder to some people than others.

This review of a show in Brighton was published on Friday 1 December.